The active camera and radar detection system "SideEye" of Stoneridge-Orlaco now also meets the requirements of the Direct Vision Standard. Vehicles with this blind spot system can also drive into the world city of London after March 1, 2021.

Direct Vision Standard: safety permit for London
To further reduce the number of accidents in London, the Direct Vision Standard (DVS) will come into effect on March 1, 2021. To be allowed in the city, all heavy-duty vehicles over 12 tons must have a safety permit. The DVS is enforced by the Transport for London (TfL), which will impose fines of £680 on every vehicle that drives into London without a permit. This applies to vehicles from outside of the United Kingdom as well.

Safe System assembly
The law works with a star system that indicates the level of vision drivers have of other road users from their cab. The system uses a classification of 0 to 5 stars. To be able to apply for the DVS permit, the law requires that a vehicle has at least one star. Vehicles with a score of 0 can assemble a Safe System as prescribed by Transport of London. The vehicle must be fitted with a camera monitor system and a sensor system that alerts the driver of the presence of a vulnerable road user in the blind spot. In addition, an acoustic warning system must be installed on the side of the vehicle to warn vulnerable road users when the vehicle is turning. 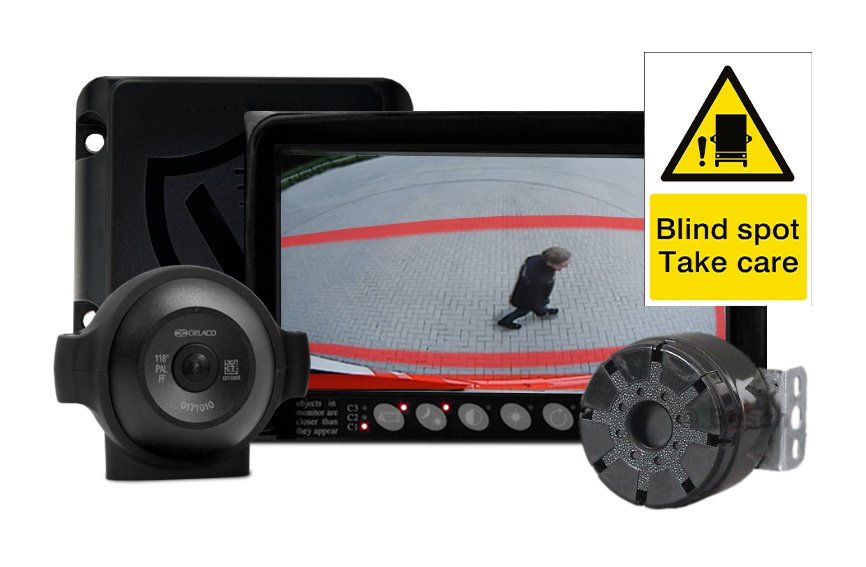 SideEye active camera and radar detection system
The "SideEye" active camera and radar detection system by Stoneridge-Orlaco was introduced last summer. The system now meets the requirements of the Direct Vision Standard (DVS) and the German Kraftfahrt-Bundesamt (KBA, the Federal Motor Transport Authority). The blind spot warning system consist of a combination of radar signals, audio signals and camera images. Furthermore, a monitor overlay indicates on the 7” display that there is someone in the blind spot. SideEye provides further visual and audible alerts for drivers as soon as other road users are detected in the detection zone on the passenger side of the truck. Cyclists, pedestrians and other vulnerable road users are also warned by a powerful outdoor speaker when the vehicle makes a turn.

Integrate SideEye into existing systems
The unique thing about SideEye is that it can be integrated into a pre-existing monitor in the truck's cab. This saves the expense of purchasing a monitor, the dashboard stays uncluttered and the driver can focus on just one monitor. Radar alerts are integrated into the picture on the existing monitor via visual overlays using an interface box. This allows the driver to work more safely, reliably and efficiently.

Visit orlaco.com/sideeye for more information about the camera system.