Shanghai Zhenhua Heavy Industries has shipped the first batch of four ship-to-shore (STS) cranes and two rail-mounted gantry (RMG) cranes for Israel Haifa Automatic Terminal to Haifa Port. To increase the safety and ease of operation in the port, the new STS Cranes were fitted with cameras from Stoneridge-Orlaco.

The Port of Haifa – a landmark project in Israel – will be Israel's largest container terminal when completed. It is one of the largest ports in the eastern Mediterranean in terms of freight volume and handles over 29 million tons of cargo per year.

Port engineers told BroadVision that “BroADAS is one of the best systems they ever used”. The new system solved the image shaking problem when the trolley is moving, which was a big headache for the engineers for many years. Thanks to the new system, operators can now work more easily and confidently. Furthermore, the combination of Orlaco cameras and BroadVision’s BroADAS ensure much greater safety and increase ease of operation. 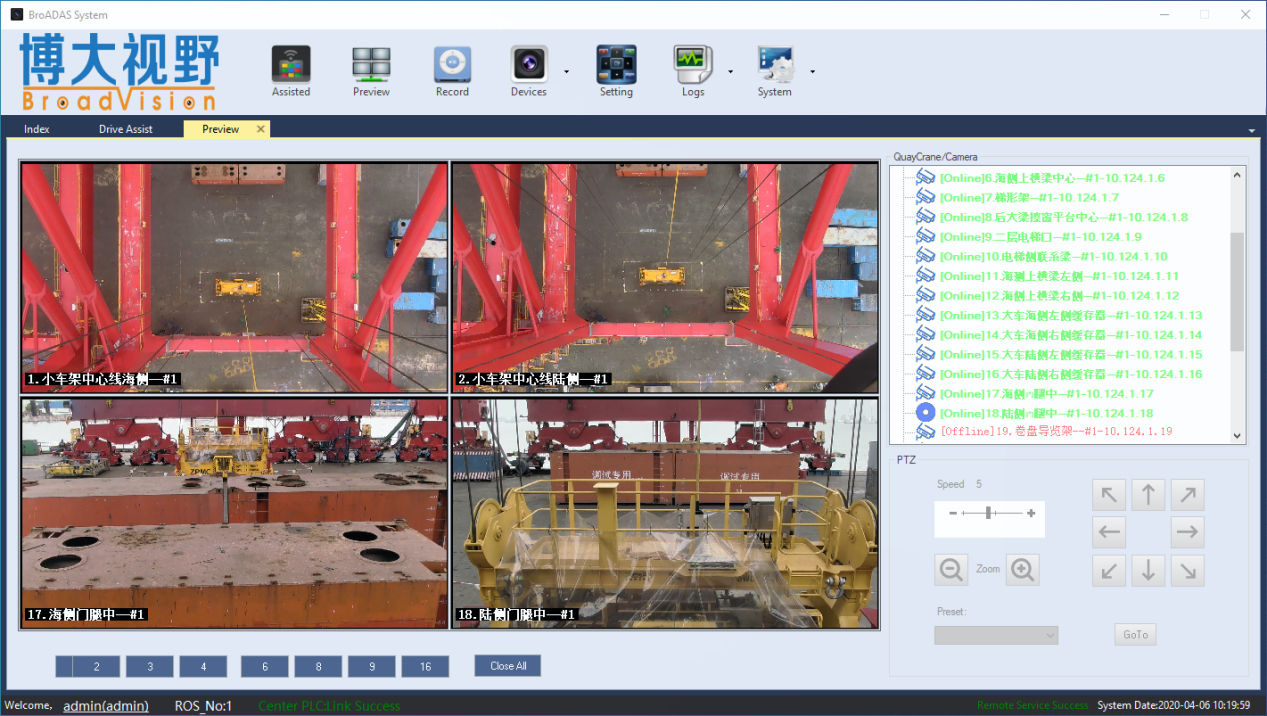